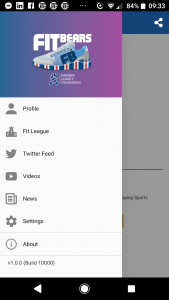 The Full Fan Fit Case Study can be downloaded here .

Thanks to smartphones, fast internet speeds, social media and apps, sports fans have become “hyperdigitalised” (Lawrence and Crawford, 2018). Sports clubs are also an example of very popular brands with loyal and highly engaged fans. Like many organisations, clubs are seeking opportunities in digital transformation in order to engage a wider fan base and playing a positive role in the wellbeing of fans and communities.

The Fan Fit project began in 2015 at the University of Salford in the UK. The team of academics started the project in order to use technologies to engage fans and customers around fitness and wellbeing working with local sports teams. The Fan Fit app was designed to pull in news, fixtures and social media but with the addition of tracking walking and running automatically through the phone or a fitness wristband. The app had the ability to create fitness leagues between fans (global, monthly or personal). Personal leagues could also be created and shared with a code.

The idea came from working with a local football team (Salford City Football Club), so the original name of the project was Footy Fit where the initial Minimal Value Product (MVP) was tested and developed. The MVP was developed by working with a local app development company using a small source of University funding through a competition from the Technology Transfer Office at the University of Salford. The app was later rebranded to Fan Fit once other sports clubs became interested in the idea. The app was designed to be ‘rebrandable’ (white label) and white functionality, which means that the app could be customised for different brands and functions changed.